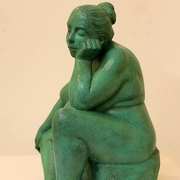 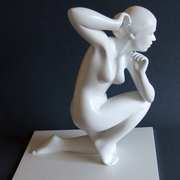 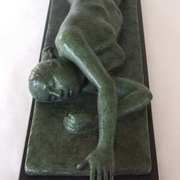 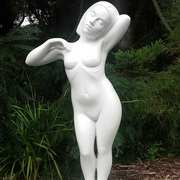 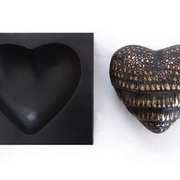 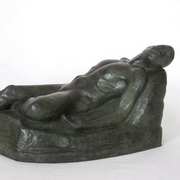 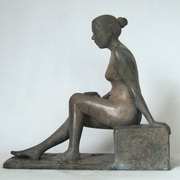 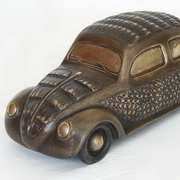 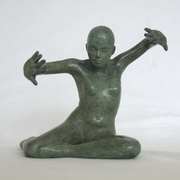 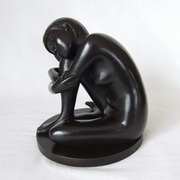 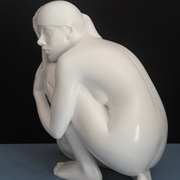 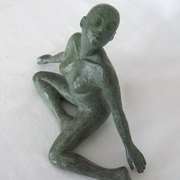 Marie Smith is a sculptor from County Cavan, Ireland. She makes contemporary figurative sculpture using materials such as bronze, ceramic and Jesmonite.

After graduating from Carmarthenshire College of Technology and Art in 1995, Marie started work at AB Fine Art Foundry in London where she trained as a mould-maker and wax worker. She returned to Ireland in 1998 to work as Barry Flanagan's sculpture studio assistant in Dublin.

For several years Marie worked as a freelance mould-maker for the Dublin bronze casting foundries as well as individual artists around Ireland, undertaking large scale projects for public artworks. She also worked on several restoration, film and theatre projects.

In 2010, Marie moved to Montmartre, Paris and it was here that she discovered her passion for making figurative sculpture working directly with the life model.

Marie studied life drawing and figurative sculpture at the Ecole Nationale Superieure des Beaux-Arts as well as other ateliers in the city. She spent countless hours drawing at the Louvre.

Driven by a deep curiosity at the endless possibilities for figurative investigation and expression, she found that working directly with the model over extended periods allowed for intense observation and a non-idealised vision of human physicality and emotion. Sculptures are portrayed truthfully with subtle anatomical detail and sensuous tactile mass.

Marie is interested in anatomical musculature, movement, expression and the body's relationship with space.

Since returning to Ireland in 2015, Marie has exhibited her sculpture widely. Her work is in public and private collections in Ireland, France and The UK.