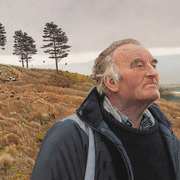 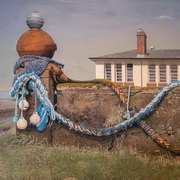 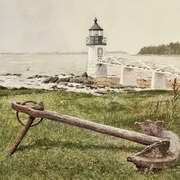 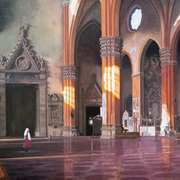 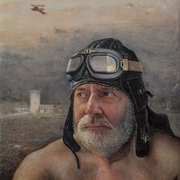 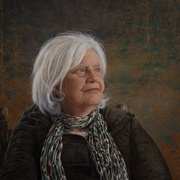 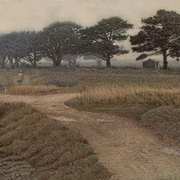 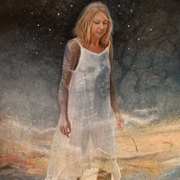 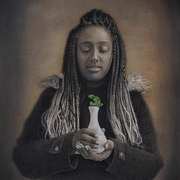 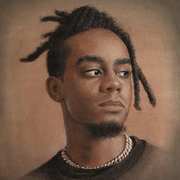 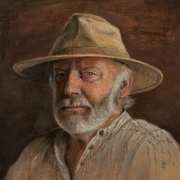 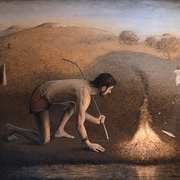 Now you can support The New Irish Art project by buying us a coffee. If we can redirect our coffee expenses towards paying for project operations, it will really help.

Fergus Ryan is a representational painter whose principal influences have included 19C landscape British and French painters, and, especially, the 20C American realist painter Andrew Wyeth. The artist spent the summer of 2013 in a masterclass in Italy with the noted Israeli painter Israel Hershberg, following the Italian footsteps of Corot and the Grand Tourists, and studied at the Florence Academy of Art in the spring of 2015. Recent developments of subject and style followed a period in Norway at the home and studio of master painter Odd Nerdrum.

Fergus Ryan's work has been exhibited in the Royal Hibernian Academy's annual exhibition since 2008, at The Royal Ulster Academy of Arts, and at Greenacres Gallery in Wexford, and Gallery 1608 in Bushmills, Co Antrim. He is currently represented by Sol Art in Dublin. His painting 'Lightkkeeper' was acquired by the Government of Ireland and is in the State's collection at Aras an Uachtarain (the Presidential residence). His work now includes both landscape and figure in oils and in the revived medieval medium of egg tempera.

Before taking up painting full-time Fergus Ryan was an Aer Lingus pilot on long-haul routes (707s/747s) including North America, the Caribbean (Jamaica), West and North Africa (Guinea, Liberia, Nigeria, Sierra Leone, Senegal, Libya), the Middle East (Saudia Arabia, Kuwait, Syria, Jordan, Israel, Pakistan), and Europe, from 1966 until 1994. This afforded not only opportunity for drawing, but access to a wide range of art institutions, museums and art literature resources, as well as opportunity to participate in art programmes overseas.

After early retirement Fergus Ryan graduated from Trinity College Dublin in theology and biblical studies, which added to an appreciation of the development of art, philosophy, and the ideas that contributed to the development of Western civilisation.

The artist lives in north County Dublin and is married to Sarah, and has four adult daughters.